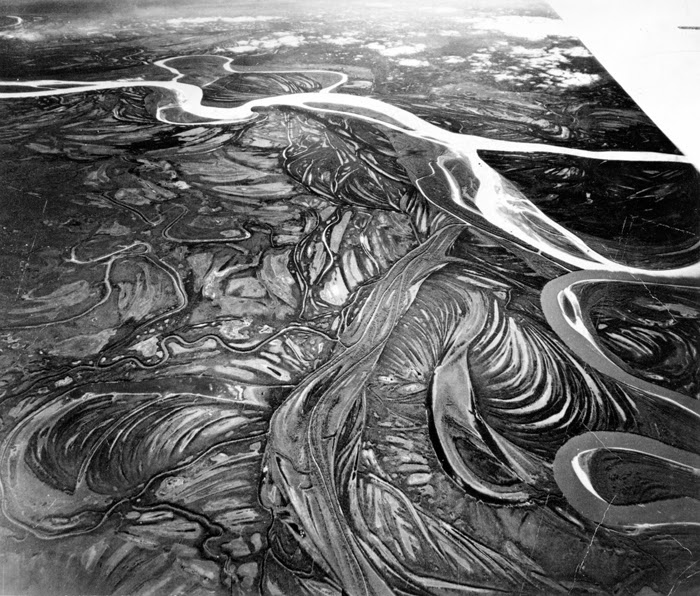 After spending so much time studying and writing about John Bishop's Book of the Dark, a number of things have stuck with me. One of those is the word anastomosis.

Here's the definition from Wikipedia:


An anastomosis (plural anastomoses, from Greek ἀναστόμωσις, communicating opening) is the reconnection of two streams that previously branched out, such as blood vessels or leaf veins. The term is used in medicine, biology, mycology, geology, geography and architecture.


the union of parts or branches (as of streams, blood vessels, or leaf veins) so as to intercommunicate or interconnect


This one word holds vital meaning for Bishop's thoroughly argued theory that all of the Wake takes place within the body of one man. The culmination of his theory and wonderful book holds that the sleeper regresses back to the womb state (which we all do when we sleep), when the connection of anastomosis made him one with the mother's body, which in Bishop's view is ALP.

We find HCE and ALP connected by anastomosis on page 585 of the Wake:

In this case, "placehunter" is the placenta, giving strong credence to Bishop's interpretation.

But, as you can see from the definitions, this is a word that is used across many fields. The range of uses for the word implies a similarity between the nature of blood vessels, rivers, tree branches, rock veins, etc.

All of this also sounds like the nature of Finnegans Wake itself, a book which seems to feature biology, geology, neurology, history, geography, psychology, etc on just about every page, implying a similarity, a link, an anastomosis between all of these things. 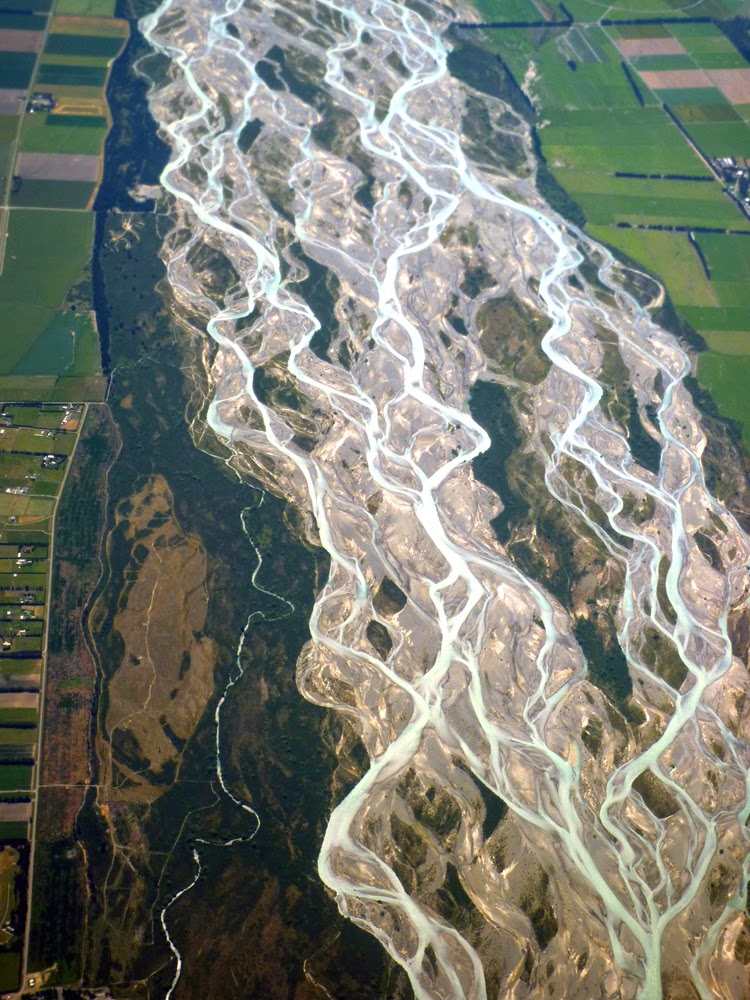 The very way Joyce creates networks of meaning is a form of anastomosis. Words, motifs, themes, references branch out and connect with each other all over the book. The deeper you study it, the more you realize it's designed organically, the pages are a living fabric. The meanings grow and evolve each time you read it. That's why you'll always manage to find contemporary references in there (as in "Nike with your kickshoes on" pg 270 or pg 135: "handwriting on his facewall" which conjures Facebook).

I think this is a key element of the book, hence the central role of the river, "riverrun" (FW p. 3). The text itself and the underlying meaning of the words is very much like a river. A running river not only flows in winding loops, but branches off and forms new connections and links, "so looply, looply, as they link" (FW p.226) creating "interloopings" (FW p.551).

As Dan Weiss wrote in his fantastic essay "Understanding the (Net) Wake":


As his daughter Lucia's schizophrenia worsened, Joyce alone had the ability to follow her giant-steps of thought that baffled others completely. His ability to traverse the flux of her wild metaphoric "correspondance"(452) is evident in his masterwork. If we imagine hero/male archetype/key nodal point H.C. Earwicker's "seven dams....and every dam had her seven crutches. And every crutch had its seven hues. And every hue had a differing cry"(215), we will have a good picture of the branching tree pathways that Joyce knew how to walk with Lucia. If we then imagine connecting every dam, crutch, hue and cry with every other dam, crutch, hue and cry, we will "translace"(233) that branching tree into the kind of network into which the reader of Finnegans Wake is dropped.

Another appearance of "anastomosis" in Finnegans Wake comes in one of my favorite passages of the entire book, starting on page 614:


Our wholemole millwheeling vicociclometer, a tetradomational gazebocroticon ... autokinatonetically preprovided with a clappercoupling smeltingworks exprogressive process, (for the farmer, his son and their homely codes, known as eggburst, eggblend, eggburial and hatch-as-hatch can) receives through a portal vein the dialytically separated elements of precedent decomposition for the verypetpurpose of subsequent recombination so that the heroticisms, catastrophes and eccentricities transmitted by the ancient legacy of the past; type by tope, letter from litter, word at ward, with sendence of sundance... all, anastomosically assimilated and preteridentified paraidiotically, in fact, the sameold gamebold adomic structure of our Finnius the old One, as highly charged with electrons as hophaz- ards can effective it, may be there for you, Cockalooralooraloomenos, when cup, platter and pot come piping hot, as sure as herself pits hen to paper and there's scribings scrawled on eggs.

One of the reasons I've always loved this passage is because it feels like a breakdown or explanation of the living machine Joyce sought to engineer with Finnegans Wake (he called himself "the greatest engineer who ever lived" after all). In the hopes of keeping this post short, I won't go deep into the passage but I just want to point out the use of "anastomosically" here. What this passage seems to be saying is that the Wake takes all of the elements of history, breaks them down to their "dialytically separated elements" and reconnects them via branches. 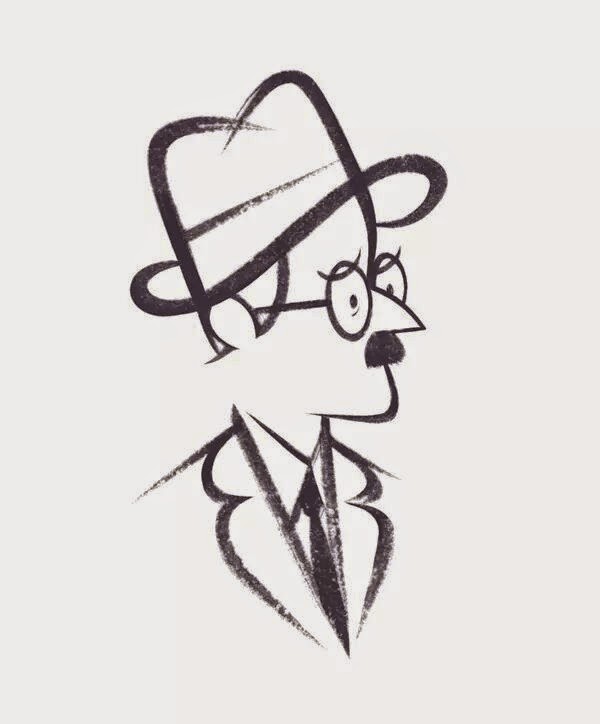 
The links section in the sidebar of this blog needs updating now with some fresh new Finnegans Wake-focused blogs popping up around the web. Here is a look at some of the great websites I've found recently, some new, some have been around for a little while but slipped through the cracks.


JOYCEGEEK
The notable performer of Wake pages, actor Adam Harvey of New Mexico, has begun his own website called JoyceGeek. This is exciting news as Adam is one of the more knowledgable Wake heads out there. One of the few people in the world who can recite pages-upon-pages of the text from memory, Adam is exactly the kind of evangelist the Wake needs in our world today. Watch him perform the end of the Shem chapter (from memory) here. He hosts a Joyce reading group in Santa Fe, New Mexico and has frequently performed sections of the Wake at Joyce conferences. Most recently he did a show called "Don't Panic it's only Finnegans Wake" that looked really interesting. In that show Adam delivered some audiovisual tutorials on how to recite words or portions from the Wake, on his website you can find videos he's put together breaking down each of the 10 hundred-lettered thunderwords in the Wake. (Though I'm somewhat disappointed he didn't mention any of the material from Eric McLuhan's The Role of Thunder in Finnegans Wake.)

He also writes a blog which already has many interesting posts, the most recent of which examines the available Finnegans Wake audiobooks. Adam is not a particularly huge fan of the Patrick Healy recording, mainly because he feels Healy rushes through the text too much. (I used Healy's recording often during my full-length Wake dive and found it to be pretty fun, but I understand Adam's point.) He also links to a recording of most of the text done by Simon Loekle which I hadn't previously been aware of.


Patrick Horgan's Reading
During our last Austin Wake Reading Group meeting before Christmas, we had some visitors from the NYC Wake group who took part in our reading. One of the visitors, Suzanne from Brooklyn, alerted me to Patrick Horgan's full rendition of Finnegans Wake, a recording he made for the National Library Service for the Blind and Physically Handicapped. Adam mentions this recording in his JoyceGeek post too, it's a really phenomenal performance, definitely far superior to Patrick Healy (whose recording I long thought was the only one available online). Horgan savors the multilingual and rhythmic prose, often adopting an ambiguously European accent that hearkens back to the expressive way Joyce himself performed a few pages in his 1929 recording. I've used Horgan's recording often during my preparation for recording the Yawn chapter for the upcoming "Waywords and Meansigns" project.


The return of Jorn Barger?
One of the things Adam Harvey wrote about on his blog is the loss of so many great websites devoted to James Joyce that now seem to be defunct, lost in the electronic ether (though they remain alive in the internet archives!). One of these happens to be Robot Wisdom, one of the web's original weblogs that was assembled by the mysterious and hirsute character known as Jorn Barger. Jorn is one of the earliest internet users (he coined the term "weblog"), an artificial intelligence aficionado, literary scholar and most importantly, a renowned expert on the work of James Joyce. His now-defunct (but archived) "IQ Infinity" page had tons and tons of notes on all of Joyce's work, most notably lots of material on the early drafts of Finnegans Wake. While the Robot Wisdom website went down a while back, I've noticed a few new Wake blogs have popped up with extremely thoroughgoing genetic analysis of the text and I strongly suspect that these blogs could be the work of Mr. Barger.


FINNEGANS AWAKE
This Tumblr page has quickly become one of my favorite things about the internet. FINNEGANS AWAKE is absolutely filled with Joyce-related material with an emphasis on FW. It is an overflowing wealth of photos and quotes and artwork that one can easily get lost in. Really, go there now and scroll through the archive for a few minutes and see if you don't get completely absorbed into it. There is soooooo much great material there. THANK YOU to whoever created this thing and please keep up the great work.


Vagabond Bohemia
On a similar note, while not strictly focused on Joyce, this Tumblr page is also a new favorite of mine. Plenty of Joyce material as well as a whole universe of artwork, plus Thomas Pynchon, Marshall McLuhan, Salvador Dali, Robert Anton Wilson, and other great explorers of the frontiers of the mind.

Wake in Progress
This is not new of course, I've posted about Stephen Crowe's wonderful illustrations of the Wake before, but I just want to call attention to it once more because Stephen continues to update his page regularly and even has some good short essays to read. Check out his recent thoughts on reading the Wake.

The Grammar of Matter
Stumbled upon this extraordinary and quirky blog recently, it contains writings on a number of topics but mostly (as far as I can tell) revolves around archaeology and Finnegans Wake. This all springs from a thesis the author wrote about prehistoric rock art and the Wake. Following that thesis, the author examines archeology and mythology through the Wake as a lens. Robert Anton Wilson called Joyce "the greatest anthropologist who ever lived." This author seems to explore this possibility. It's exactly these kinds of eclectic and fascinating webpages that make the internet so damn special to me. Use this link to see all the Wake-related posts.


The Joyce Project
Lastly, it isn't specifically related to Finnegans Wake, but there is a new project devoted to creating a hypertext version of Ulysses with annotations and links embedded into the text. Worth a look.
Posted by PQ at 4:52 PM 7 comments: