Finnegan Wakes! as a Royal

I'm pleased to report that Finnegan has reawakened and is participating in this year's World Series.

A young hard-throwing southpaw named Brandon Finnegan is pitching out of the bullpen for the Cinderella story Kansas City Royals. "A kingly man, of royal mien" (FW p. 68) baseball's new Finnegan "our goodsend Brandonius" (FW p. 327) will become the first player ever to participate in both the College World Series and the Major League Baseball World Series in the same year. A scant five months ago the 21-year-old kid was sitting in a college classroom here in Texas.


Finnegan was selected 17th overall out of TCU in June. The 21-year-old made 13 minor league appearances (five starts) split between High-A Wilmington and Double-A Northwest Arkansas before being promoted to the majors in September. Finnegan was the first 2014 draftee to earn a big league promotion. http://nesn.com/2014/10/brandon-finnegan-could-make-history-play-two-world-series-in-same-year/


Surprisingly, Mr. Finnegan is the first ever representative of the Finnegan tribe in MLB history. (There's been a few Finnegans in the minors, none of them named Tim though.) 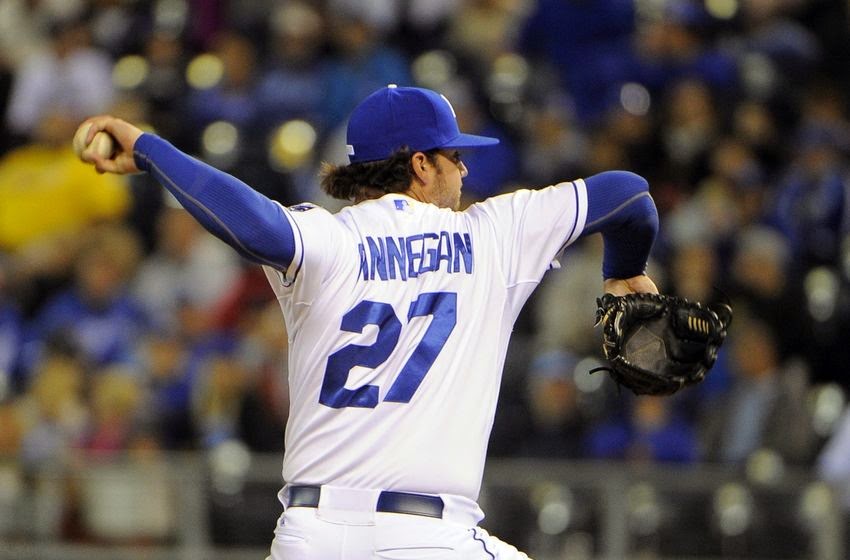 Through the bizarre magic that Finnegans Wake always creates, if you open to page 27 of the book you'll read: "a blue streak over his bourseday shirt."